Another song  made from found phrases, ‘When Eno Sings’ isn’t especially coherent in its lyrics, but with music and a performance as persuasive as this, that doesn’t matter.  Though Eno is a less obvious influence on the Jazz Butcher sound than (say) The Velvets, he’s clearly important to Pat, not for his ambient works or for the music of his songs — though the lyrics to ‘Groovin in the Bus Lane’ (on Big Questions) acknowledge its musical similarity to Eno’s ‘Blank Frank’ — but for his dadaist willingness to toy with lyrical nonsense.

Someone has put together a curious video for it: no insult meant to the Jazz Butcher, but the crowds pictured therein are a better turnout than at the gigs I’ve been to; I can only guess that this is an act of wish fulfilment on the part of another die-hard fan.

Though I’ve selected this one for its ending (the whole final minute or so of ‘It’s a love thing’), it captivates from the beginning, the bass and the echoing guitar line locking in perfectly, and the subtle daring of beginning a song that’s so musically joyous with the lyric ‘Sometimes I cry / When the feeling fails to come …’.   Thanks to what’s quoted from his song titles, Eno emerges in this song as a kind of fantasy figure, a minor deity, ever present but always out of reach: he’s on a faraway beach, he’s at the chinese opera, he’s in a tiny craft.  As for that concluding vocal line, it’s a development of the 1960s soul / Velvet Underground choric mode (think ‘Na nana nana na’ from ‘Rain’, or ‘Radio On’ from ‘Roadrunner’), but the hard dry sound of those earlier songs has gone, and the vocal style is warmer.  The brilliant twist is the repeat that leaves out the adjective:

Answers on a postcard please, to Mr B. Eno, c/o Opal Productions, Somewhere in Deepest Oxfordshire. 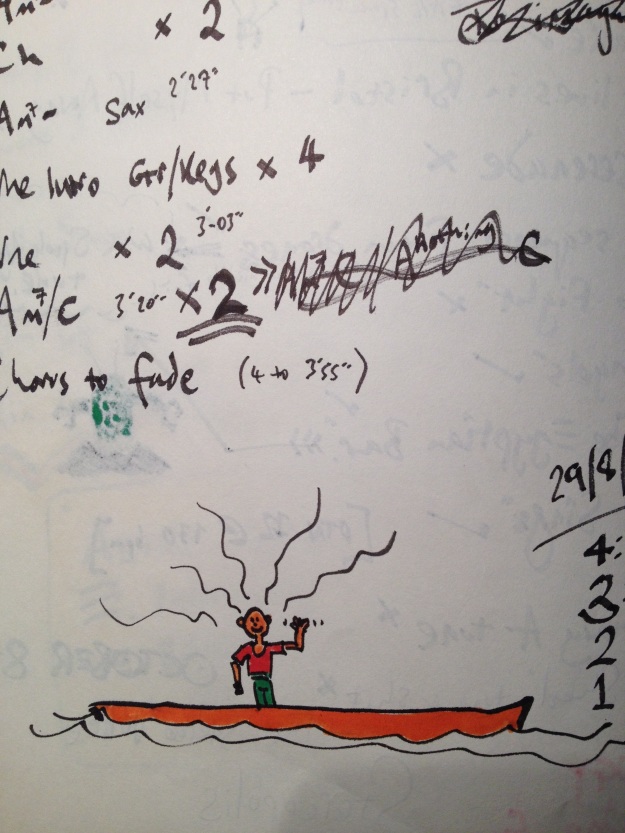 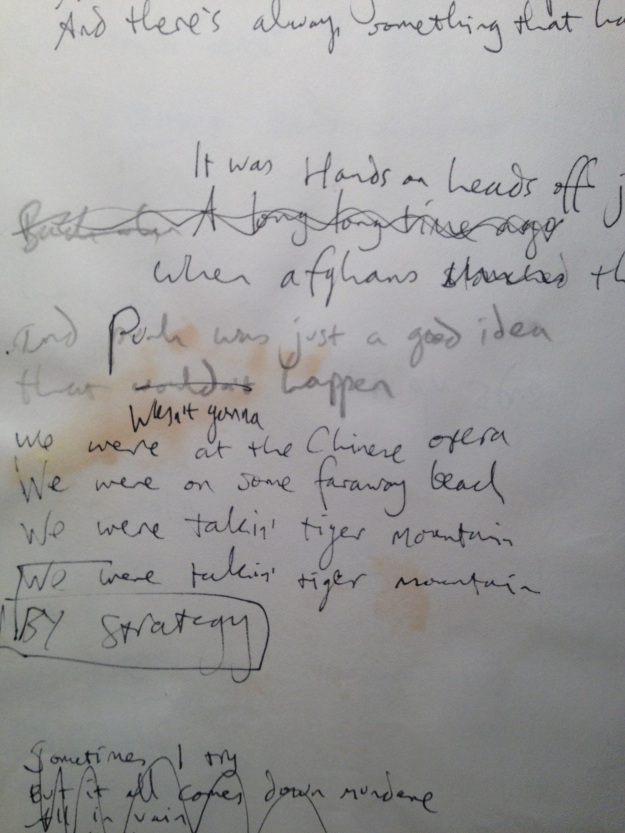